Lots of Hands on Learning

We had been planning a trip to the Creation Museum in Kentucky for some time. A group from DCC decided on a date that each family could attend and it was a go!


The day before we left, we decided to accompany Mark on a business trip to St. Louis. While he was engaged in a meeting, we traveled to the Science Center and had a great time re-acquainting ourselves with all there was to see, do and learn. This meteorite survived the earth's atmosphere and allowed a little "hands-on" learning! 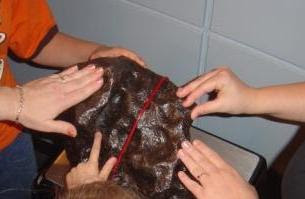 That evening, we hurriedly packed for our trip to Kentucky.
We enjoyed a 3 day, 2 night camping excursion at General Butler State Resort Park. The flagstone encircled scenic overlook at the peak of the park showed us the mighty Ohio River as it turned the bend at Carrollton.

There was so much to see at the Creation Museum!

The exhibits were outstanding and the history of our world beginning with Genesis was superbly presented.
Dinosaurs could be seen up close and personal!

We enjoyed several video presentations and visited the planetarium. There, we experienced a trip into the outer realms of our galaxy. After a nice lunch, we exited the facility to meander through the botanical gardens and petting zoo. But first, we crossed the swinging bridge! What fun!

There were zonkeys, zorses, and a variety of barnyard animals; a kangaroo in honor of Australia, the founder, Ken Ham's native home; and there was an especially gracious camel that posed nicely for our photographs.
The rain set in on Sunday morning and we broke camp among the drizzle. We attended Southeast Christian church in Louisville and worshiped with the 20,000 others who had gathered for the early service.

It was a good weekend.
Posted by Providence Prairie at 11:20 AM

Providence Prairie
Our family has taken a step out of the typical run of the mill lifestyle in lieu of a back to basics way of living.  The world looks different from our perspective.  Our homestead is an ongoing process of trials and triumphs in pioneer activities, enhanced with technology available today. Visit us at www.providenceprairie.com